Very simply said, “Mobile-first design” means the process of designing your online product by designing the mobile end as the first step and based on this further development to increase features and create the desktop version takes place.
HomeBlogBasics of Mobile First design

Basics of  Mobile First  design
While at first, this may seem a bit unconventional since up until recently the process was the opposite way round, but think of it for a moment, until a few years ago, our desktop and laptop were our first choice for browsing the internet, but is that still intact? Does our computer browser still host all our online searches? Haven’t our smartphone devices altered that tangibly? To Open that up, web designing used to be only based on “Graceful Degradation”, but the mobile-first design is based on the “Progressive advancement”.

Based on this process, as you may have experienced on your previous website projects, launches with the creation of an advanced end, very likely the desktop version that features a great many functions from the launch. From there, with the foundation of the desktop version, compatible mobile end versions were created. But curbing desktop versions to mobile-friendly UI/UX, with the many limitations would not give the best results.

In this strategy, only vital features for functionality are picked initially and suitable back-end UI/UX is designed. Later on, additional features are added to enhance function. The smartphone characteristics are considered from the first step of the design process. 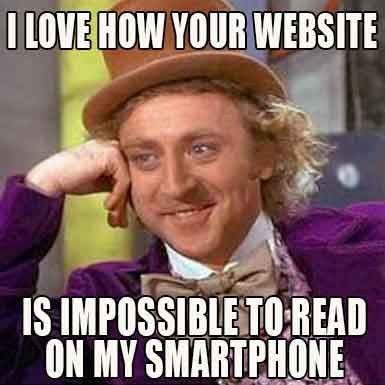 Technically speaking, the entire approach to programming, strategies, algorithms, and methods differ. In the mobile-responsive web design, CSS is used to feature the website on the mobile device. The coding is complex and the desktop version is given more emphasis. But in the mobile-first development process, the initial frameworks of the mobile devices are created from scratch, which is the best suitable for smartphone function.

Looking at customer behavior through recent years, based on Stat Counter Globate stats, we can see the gradual reduction of desktop usage and an increase in mobile worldwide internet usage. It all starts in October 2009, where mobile internet usage was zero, it surpassed 10% by October 2012 and in October 2016 with 51.3% it officially crowned the smartphone as the primary device for internet access worldwide. In addition, looking through statistics of time spent on various digital media from 2008 to 2015 we can see that while desktop usage for internet access, made up for 80% in 2008, in 2015 it only made up for 42% of the time people of the USA spend using digital devices for browsing the internet. This customer behavior change has happened so dramatically that even sales records portray it well. That is to say, through a one-year time frame, smartphone sales increased 274% while netbook sales dropped 25%, and desktop sales only grew 2%. These are strong indicators that urge all online business owners and designers to embrace the changes and familiarize themselves with proportionate business strategies such as learning about mobile-first design.

Amazingly the mobile-first design will not only help your user experience it will force you to upgrade your business values and bring your focus on the core elements that will improve your business presence. The limitations of smartphones, such a screen size and speed will force you to revise your approach to all the elements you desire to feature, in turn, this will help you prioritize key functions and utilize your space for the best cause. On the small mobile screens, there is no space for all the headings that different departments demand, only the essential, high-priority objects can stay. Since in the mobile-first design the first step is sketching out the design based on smaller screens, the UI will be delivered correctly to all mobile users and therefore enhance the user experience. This design process creates a responsive and adaptive design which previous design procedures could not deliver. Mobile-first design will also increase your browsing speed, according to customer behavior research users are most likely going to leave your page if it doesn’t load within 3 seconds. So speed is quite vital for smartphone users. In mobile-first design, since it is originally designed for mobile devices Accelerated Mobile pages (AMP) is used, meaning the higher speed is experienced. Mobile-first design will also increase your SEO ranking, which means more traffic to your website. In 2010 at the Mobile World Congress, Eric Schmidt, CEO google shed light on this matter. He mentioned that product design should follow the mobile-first design. Google has gone to length to encourage mobile-first design and AMP pages. Google follows the logic that AMP pages increase user speed and therefor satisfaction for loading webpage on mobile devices. Unlike before, a mobile device allows users to share information that was never possible previously. Information such as GPS information, user gestures, easy access to the camera, user movement and etc. it is this information that has allowed the creation of apps such as Apple’s health. In the mobile-first design approach, such features are considered from the very beginning so they can be put to the best use.

Stay relevant with a mobile-first design

It has already become quite clear that mobile devices are becoming a crucial aspect of our lifestyles and among that, these devices have altered and will continue to change our interactions with the world wide web. Thus, accepting this fact and aligning our business strategies, especially attracting customers through mobile devices with the mobile-first design is already essential for any business. 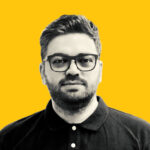 My first foray into UI/UX was self-taught and self-funded. Over the years, I have helped spearhead large rebranding efforts through design and user-centric strategies. I have been able to hone my experience in design strategy through a diverse portfolio that ranges from enterprise government security systems to gaming microsite. I am incredibly excited to join a global team of brand architects to redefine brand experiences.

Let's have a quick call.

Schedule a time to talk!
We accept